The second of my major visits in Holland was to the Rijksmuseum Amsterdam. My previous visit was just as spectacular. First of all, the museum houses some of the great Dutch and Flemish works of art from the Golden Era of Dutch Art – the 17th Century. None more splendid than Rembrandt’s great work – The Night Watch. Because this was my main focal point, and my first port of call, I made a bee line for it.

Unfortunately, thousands of others must have had similar ideas. Therefore, I had a limited view. Nonetheless, it remains a very powerful work. The biggest thing to note is the sheer scale of it. 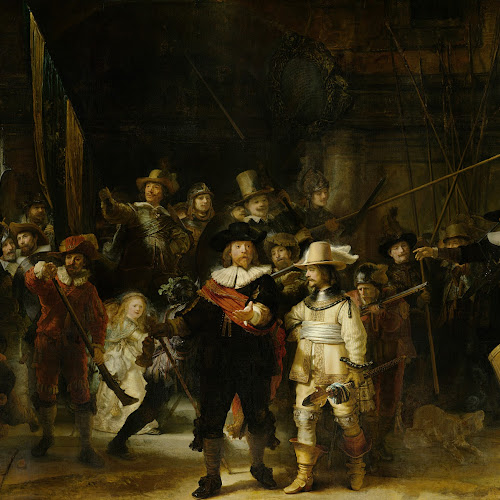 In old money it is approximately 12 and a half feet by nearly 15 feet. A huge undertaking and painted in 1642, the masterpiece was painted for the militia led by Frans Banning Cocq. The official name is “Officers and Other Militiamen from Amsterdam’s Second District, led by Captain Frans Banning Coq and Lieutenant Willem van Ruytenburch”. Commonly known as The Night Watch, it was only named as such due to the dark varnish that was removed in the 1940s. Rembrandt is one of my heroes, and the work doesn’t disappoint. The composition is very daring for its time, as it includes several different techniques and in part, some slightly mocking overtones.

Your eye is drawn to the two central figures, and specifically the hand of the Captain, which appears to emerge from the painting. The work has been vandalised in the past, but major restoration work has now resolved most of the damage.

Other works at the Rijksmuseum Amsterdam

There are many other delights within these famous walls. Rather splendid is The Merry Drinker by Frans Hals 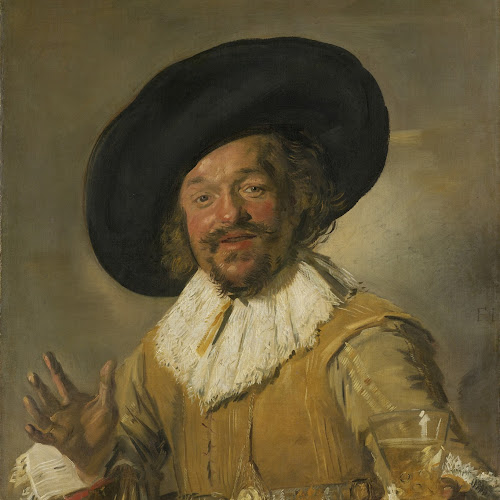 He has a rather whimsical appearance, ruddy complexion and slightly glazed eyes and he raises a glass to us. You can see the brushstrokes which were probably applied quickly. This lends an immediacy to the work and is superbly executed.

There is so much to see at the museum, that it can get slightly overwhelming and sensory overload creeps in. There are over 8,000 works of art and objets d’art in the collections.

Therefore, I had to take a bit of a breather, and then visited the various galleries attempting more of a generalised overview than any in depth viewing. Standouts were Johannes Vermeer’s “The Milkmaid”. 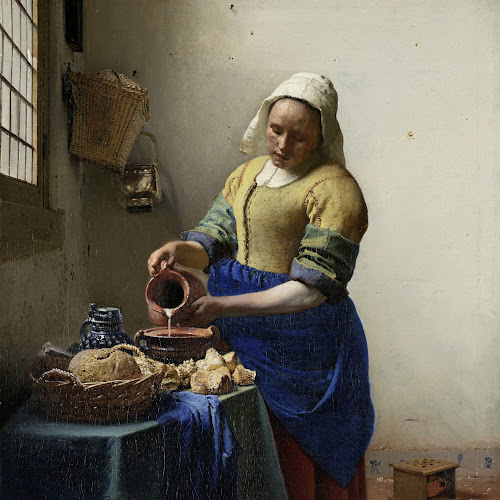 What struck me most about the work was the use of light by the artist. He takes a mundane subject and elevates it to statuesque levels.

In conclusion then, I think the only thing that I had an issue with was the entrance fee, which was a little steep at around €17.50. I also think you’d need to visit it every day for a year to get the full benefit, and that could end up being a tad expensive.